Justin Wu enrolled at Queen’s University in Kingston, Ont., as a biology major, the first step on his path to becoming a doctor like his dad. He graduated with a biology degree three years later. In between, he developed a passion for photography – and found a new career to pursue.

One of Wu’s first-year floor mates was a fine art student. He pushed Wu to follow his artistic interests. As much time as Wu spent studying science, he began spending even more on the arts.

Wu’s mother was a fine art painter, and she had always encouraged him to develop his artistic side. He loved sketching and drawing. His dad gave him his first camera. “He thought photography would be a faster art – one click and you’re done, right?” says Wu. “Little did he realize that I would become so immersed in photography, learning about it, wanting to do it, that I really dove into it.”

Within the year, Wu bought his first digital SLR. With bills and student loans to pay, he worked evenings at Camera Kingston. His shift usually being quiet, Wu had time to shadow the seasoned photographers and photojournalists who were his colleagues. He also had plenty of time to “study.” “With all the books there, I was very much immersed in that world, more than the biology I was supposed to do,” he says. “I wasn’t supposed to bring my schoolwork to work. There’s all these photo books as amazing resources, so I sat there talking to staff members and learning my craft that way.”

His sophomore year, Wu won a Dean Award for Best Emerging Artist, the first non-arts student to do so. “That gave me the validation I needed to think that this could be a career choice.”

After graduating from Queen’s, Wu enrolled at Ivey Business School at the University of Western Ontario. He told his parents he wanted to learn entrepreneurship; in reality, he wanted to see if photography was a viable business.

He became the photo editor of the campus newspaper. The style section he created quickly garnered the attention of a photo agency in Toronto. That summer, he took a research trip to New York and found numerous agencies receptive to his work. “The true turning point,” he says, “was when an agency said we would love to sign you and represent you as a photographer.”

In business school, Wu did a deep analysis of careers within the photography field. It quickly revealed his first passion, art photography, was not a viable option. Wu wanted to know what gave him the most creative license, respected the artistry and still had regular business and clientele.

“The fashion world hit all of this,” he says. “Brands and magazines want photographers to tell a story and create a new world. They allow photographers to come up with something new as opposed to going to a place and capturing what’s already there. And it was something I could sell to my parents – there are regular clients.”

Wu has worked professionally as a fashion and portrait photographer since 2009.

He loves the collaborative aspect of the fashion world, working with different designers, models and stylists. “Everyone must contribute creatively,” he says. “It’s not just the photographer’s vision but what everyone brings to the table to help enhance the storytelling of the scene.”

Portrait photography is more personal. “For me, it’s about unlocking a truth about an individual,” says Wu. “I love people and I love to understand stories, and portrait photography allows me to discover their vulnerability and understand who they are in an intimate way.” His goal is to capture a side of someone no one has seen before. “I try to understand their history, their motivations, what makes them happy or afraid,” he says. “Somehow through that intimate conversation, I can capture their essence in a photograph.”

This past year has presented new challenges. Travel restrictions and physical distancing guidelines have pushed photographers to find new ways to create content. Wu created his own technique of photographing virtually. Having taught photography as a guest lecturer, he’s developed a simple way to explain how to use lighting and equipment. Now, over Zoom, he helps talent set up their camera on a tripod, build their lighting and operate their gear. From Toronto, he’s virtually shot subjects atop the Vienna Opera House, and in Paris, Los Angeles and New York.

“This approach to virtual photography has opened more doors than it’s closed,” he says, “and maybe could be a new way of working alongside shooting in person.”

After establishing himself as a photographer, Wu turned his attention to filmmaking. He posted a few of his early experimental videos to YouTube. Some went viral; one led to a commission to direct and shoot a secondary video of Jay-Z’s “Empire State of Mind” on his platform Life + Times.

Wu enjoys tapping into two distinct art forms. While he can apply similar techniques, each requires him to use a different part of the creative brain.

“What drew me to [filmmaking] is being able to tell a story the way I want to tell it,” he says. “Filmmaking is directive storytelling. There’s a beginning, middle and end, and I’m taking the viewer on a journey.

“Photography is an interpretive art: I shoot the image the way I see it, but the viewer has to interpret what the story is.” If he photographs a girl crying, the viewer draws upon their own history to decide whether it was something happy or sad that brought the tears. “That, to me, is the beauty of photography – to paint the canvas and give the audience the ingredients to imagine what the story could possibly be.”

The World Is in Our Hands

An environmentalist and human rights activist, Wu uses his photography to bring attention to issues important to him. In 2019, he teamed with celebrity philanthropy attorney Todd Krim to cofound The World Is in Our Hands (WIIOH), an awareness campaign for the United Nations Environment Programme that calls upon high-profile personalities to use their voices to shine a spotlight on the global climate emergency. Wu takes black-and-white portraits; the accompanying captions describe the tangible steps subjects are taking to reduce their carbon footprint.

Influencers, environmental activists, A-list actors – such as Joaquin Phoenix and Susan Sarandon – and even a head of state joined the campaign. “I’m moved by all the different personalities who engage with us,” says Wu. “We have a full spectrum of people who can make change, and we engage them in a simple image with a crystal globe that quite literally represents the world is in our hands.”

Wu cites WIIOH as one of his favourite projects. Another is Le devoir (“The Duty”), his first foray into filmmaking. The short film is based on his own experiences, his relationship with his parents and his coming out. The film won him Best Emerging Director at an Academy Award Qualifying Film Festival. “That project validated that I could do filmmaking as a career on top of photography.” Since then, he’s directed another award-winning short film and directed an episode of the hit Canadian sitcom “Kim’s Convenience” streaming on Netflix.

Wu’s next project is a feature documentary he wrote and directed in collaboration with the UN. Its purpose is to shed light on what the refugee journey is like and help educate about the ongoing global refugee crisis. The film tells the perilous life story of a prominent local Black transgender Canadian fashion icon. It recounts her life growing up in Kenya, the monumental challenges she faced when she was forced to flee, and her triumphs overcoming impossible odds to become a leading advocate for LGBTI and refugees in Canada. “The film really paints the picture of what it means to be a refugee,” says Wu. “It’s heavy project, but very meaningful for all of us.”

This image was captured at a time when I was moving back to Toronto from nearly a decade living in Paris. It embodied the bittersweet feelings I had leaving and starting a new life back home. The location and talents featured here also highlight my two great passions: cinema and dance. Pictured on the left is Gaia Weiss, a renowned actress and one of my best friends, reaching out to Francesco Mura, the principal dancer of the Paris Opera Ballet, on the steps of the Palais Garnier Opera House in Paris.

This photo was my attempt at subverting expectations and challenging the notion of masculinity and femininity through sensuality.

With this image, captured at the start of spring on a beautiful night in Paris, I channeled my feelings of levity, optimism and freedom knowing summer is on the horizon.

Here I wanted to exude feelings of listlessness, anxiety and uncertainty when I first moved to Los Angeles and dealt with rejection.

This photo was my tribute and celebration of ballet, an art form I completely adore. The way dancers are able to express a concept or tell a story through a gesture, form or motion to me is pure magic. 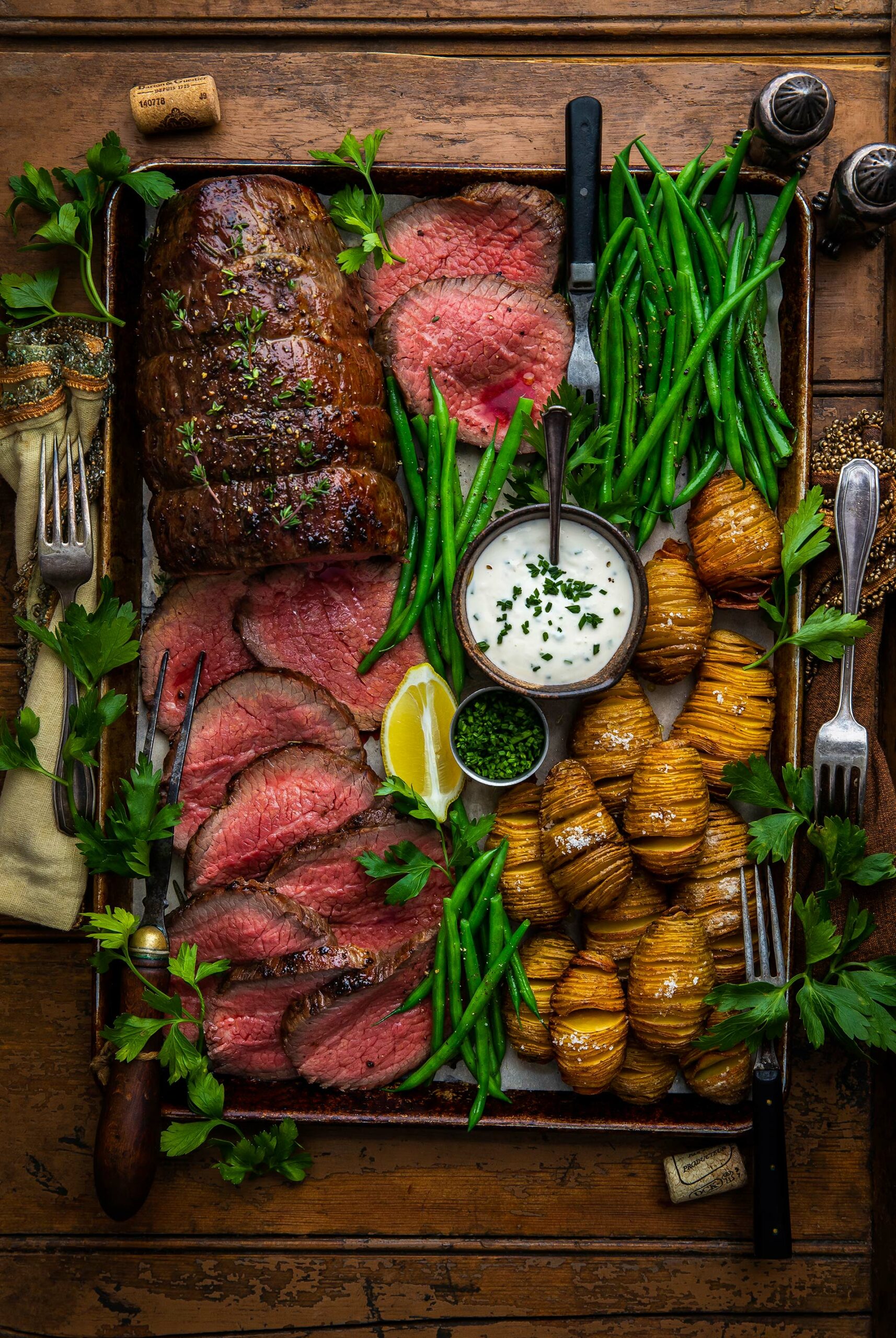